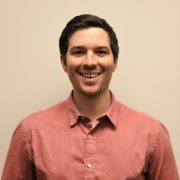 Conor joined EMR in 2019, moving from Cincinnati OH. In Cincinnati Conor gained experience in marketing and CRM software management in the power industry at CE Power. Conor is working to streamline EMR’s business and marketing practices. Conor graduated from Miami University with a bachelor’s in Strategic Communication and Marketing. Bob joined EMR in January 2012. He previously held positions in Middle Tennessee as a sales engineer for GE and in electrical distribution as PLC specialist, sales manager, district operations manager, regional operations manager and vp purchasing and operations. Bob has a B.E.A. in Electrical Engineering from the University of Delaware.